The visual artists Fien Muller (1978) and Hannes Van Severen (1979) started off their career as a design duo when they were invited to create a mutual project for Gallery Valerie Traan in Antwerp in 2011. At first, one might have viewed their work as an experiment bridging art and design. However, it was not long before it was perceived quite differently.

Their joint furniture project evolved and was rapidly adopted in international circles. At the Biennale INTERIEUR 2012 in Kortrijk, they were invited as one of seven international guests. Their sculptures and furniture have appeared in some of the most important museums and galleries of London, Berlin, Milan, Copenhagen, Paris and New York.

Fien Muller and Hannes Van Severen always retain a keen focus on the visual and sculptural qualities of their objects. It’s simply second nature to them and as a result their furniture has additional dimensions and spatial qualities. Their objects are in production with Valerie Objects and Reform CPH. During the summer of 2020 their oeuvre was on show in Villa Cavrois in France. 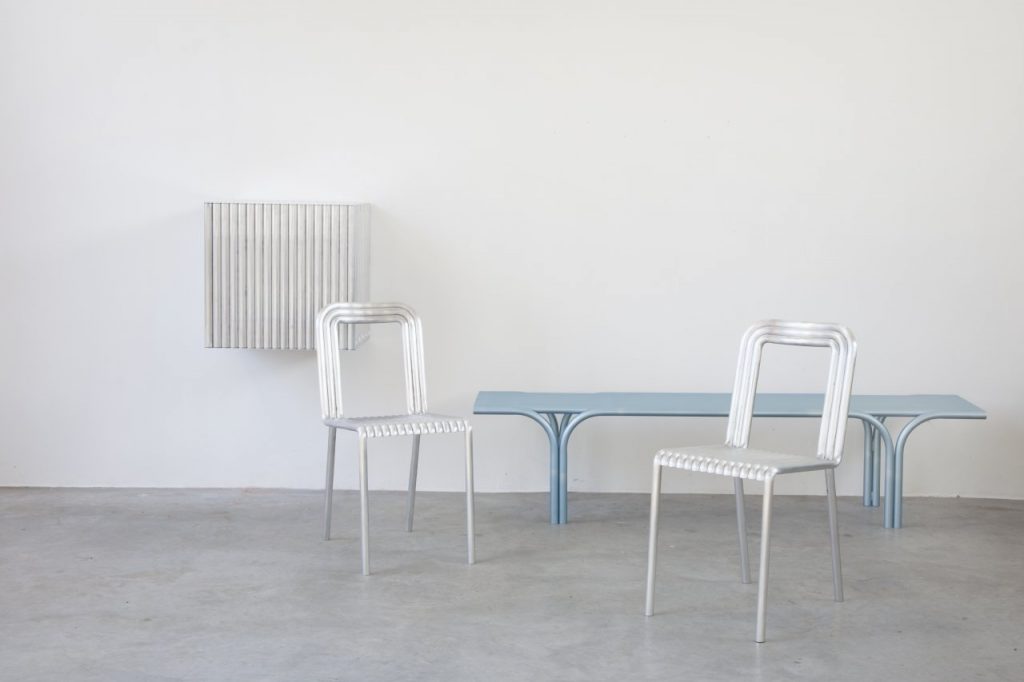 The Designer of the Year award is an initiative by the Biennale Interieur and the magazines Knack Weekend and Le Vif Weekend. Muller Van Severen was awarded the prize in 2015. They are know for their work for brands like Valerie Objects & Reform CPH. Their work is regularly on show at Gallery Valerie Traan in Antwerp